Make Backups of your DVD’s

If anyone is interested in making backups of their dvd’s, for personal use only of course, as the laws are hazy at best and the movie industry likes it that way, I just posted a few DVD copying tools  under “Video…” in the link for Great Free Programs at the top of the page.

Posted on January 5, 2010 by SpecialBob
Posted in Uncategorized | Leave a comment

It’s been almost a year since I updated this blog, so I thought it was time for me to get back into it. Christmas has come and gone once again… everyone is pretty healthy and happy. Income this year is way down due to almost no overtime being handed out at the Post Office, but we manage. The wife will be going out of work for 8 weeks starting January 14th for surgery on her torn rotator cuff, and I have to be home for at least the first 2 weeks of that to babysit her. 🙂  The daughter has had her job almost a year now, and although probably not the best job in the world, it has to be better than all the other jobs she’s had before this one.  The son is on christmas break from his sophomore year at RIT, and I guess he’s liking the computer science path he has chosen, and doing well enough.  That’s about it. I plan on trying to get more business for SpecialBob’s PC Repair this year, hope it works out… A new years resolution I am going to try to stick to is, no more freebies. My time is valuable, and people just have to understand that, and if they don’t, then I don’t want them as customer’s. There is certainly the exception, but the exception will be alot more rare after the first of the year. I raised my normal rate from $69.00 per computer to $75.00, partly because a few extra dollars won’t hurt, and because too many people were asking “Why 69?”… Nobody has asked ” Why 75?”, so I guess it was a good move. I passed my most recent course at Onondaga Community College with a 96.91 Average. The course was “Foundations of the Internet” and was very very informative. I hope to learn more next semester with a more advanced web designing course. Work at the Post office is bearable, but I’m in the process of pushing that us Electronic Technicians, as well as others in the maintenance craft, get our contractually entitled daily seniority rights, that we have been denied for far too long. Other smaller issues are being brought up as well, so there was no wondering why I didn’t make the manager’s christmas list this year. That’s about it for now. Have a good one!

Another Day in Paradise

Christmas is over, finally, and here’s to the new year. I am currently trying to get a transfer to the Syracuse Post Office, which would give me an extra 2 hours a day of my own time, not in the car. The son is happily attending RIT.. learning all about programming  & partying, I am sure.   My daughter started a new job as an administrative assistant at a pretty nice company, and although nervous, I am sure she will do fine. I’ve been concentrating on getting the main site at www.specialbob.com up and running full force. It’s getting better, but there’s lots more to do.

I Guess that’s it for today.. look for me on facebook as Bob Stahl 🙂

Since my post at Myrtle Beach, a few things have happened… The son finally got financed to go to RIT, and for the past couple weeks has been there. Move in was exciting.. for me if not for him.. I’m excited for him anyways.

Went to the State Fair on Labor Day. Not for anything special, just to eat all the food ( again ). We checked out the Llamas and goats and a bunch of other farm animals, saw some seals, but didn’t wait around for the show… and mainly walked around eating varios things wherever we went… the deep fried pineapples, deep fried oreo’s and garlic chicken wings were the best….

Work has been a pain in the Butt, with people out for vacations and schooling, and the Postal Service trying too hard to limit the amount of overtime they give out.  In a nutshell, the management that thinks they can have less people doing more work are dreamers or slave drivers, or a combination of both… And what i see is people taking shortcuts to get done what they have to do, to satisfy managements requirements for their reports, in the amount of time allowed. In effect, less important stuff is getting done, but at least the reports look good.

I myself have started another course at the local community college, called Internetworking 1. It seems to be basically a prepatory for the CCNA test, which I’d like to take someday anyways. Maybe sooner rather than later…  I’m in my second week and love it.

Kids are back to school, and the stepdaughter who happened to hurt her ankle while sliding around myrtle beach, got her cast off yesterday. Yay!!

That’s about it for now..  Check out the main website at www.specialbob.com 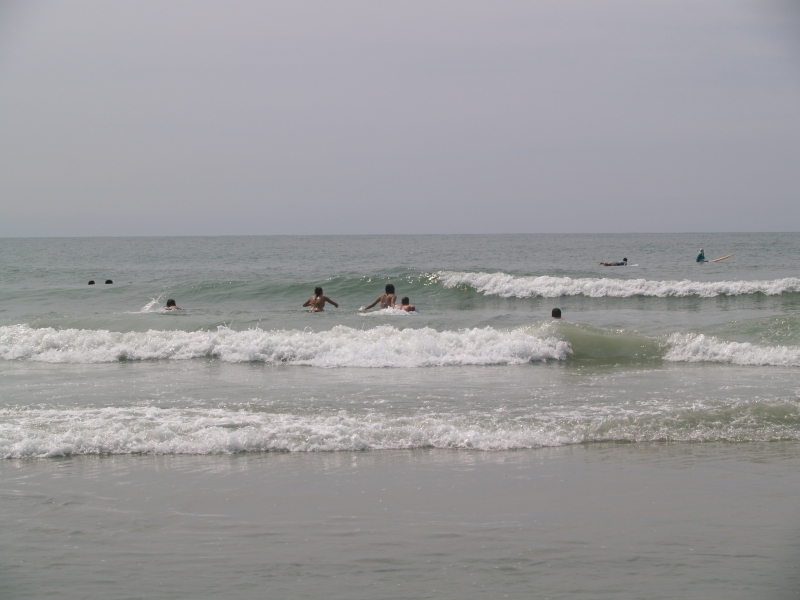 A Beautiful day at the beach… been here since Saturday, it’s now Monday… and the tan is coming along great. Now we are heading to Ripley’s aquarum, or something like that…  But the beach will be here when we get back. Yeah!!!!! Someone said there is a possibility of storms later on, but even so, the beer will taste the same if it does storm.

So much to say, so little time

Alot been going on since March 11th… I got thru the midterms and even made it through the final exam. Midterm grade was 98, and I turned in all the projects, and I know I did good on the final exam.. not sure why I only got an A- in the course,,, but I guess I can’t complain… Have to decide what course I am going to take in the fall.

The young one has chosen RIT to attend in the fall.. I just need a way to borrow $25,000… what fun.. Hopefully the banks will like us enough to help us out.

I was given a surprise Birthday party a little over a week ago… I turned 40 on the 20th…. it was a surprise, and I hate surprises.. but it turned out to be a great time….  Heavy drinking involved of course.

Diet has been put on hold…. my Restart goal date is July 1st… In any case, I am still eating healthier, about half the time, but the other half is what hurts 🙂

I am heading back to norman Oklahoma a week from today, May 31st… I know I am going to be there at the same time as a few of my friends and coworkers… we aim to have a blast. 🙂

I have no idea really, as I haven’t had much time to do anything new. Midterms are Thursday night so I’ve been studying for them. I am pretty confident I can write whatever program he wants us to write, but I’m not sure I have the vocabulary down yet. I know what it is and what it does and how to use it, but I’ll be damned if I know it’s name. Such is life.

Weekend went ok, went to a benefit Saturday, my only day off, for one of my wife’s cousins. Hope she raised a bunch of money. Last week I worked on one of her uncle’s computers. It was severely compromised ( Virus ) and a total reinstall of his software was the easiest thing to do, especially since he kept no data on the computer. So that went well I guess, I haven’t heard back from him.

The son has been accepted at several colleges now, I believe the total list is Drexel, SUNYIT, SUNY Geneseo and RIT. Of those I think his choice will be RIT, I know mine would be. In the end it’s up to him, and what he really wants.

The stepson has saved up his money and now has an XBOX 360.  So today after work I have to stop and get a 25′ ethernet cable to go from the router downstairs to his bedroom upstairs. Fun. I plan on installing a 2nd router up there in his room so that we have better wireless connectivity throughout the house. We’ll see if I manage to squeeze time for that in somewhere.

Weight Watchers meetings haven’t been that good to me lately. I missed one a couple weeks ago because of bad weather, and so last week I had gained 3 pounds over the 2 weeks. So this week I have tried to be really good, and ate pretty darn good, except a couple of cheats like during the benefit and what not. We’ll see how well I did tonight I suppose.

Last but not least we are down to just one puppy needing a home. A boy. YES!!   I’ve had enough of puppies for a while!! They have been one time consuming bunch of pups. Hasta La Vista Puppies, and I guess since thats abouot it for today, Hasta La Vista Everyone.

So little time, so much to do.. It seems lately I have no time for anything. I managed to sneak a visit in with my daughter tonight, which was nice. I think the first I’d seen her since Christmas. I’m getting old. Anyways, work has been pretty busy, and last saturday night I even worked the night shift, then spent the night in a motel and got up to be back at work at 7AM. Needless to say, I’ve been trying to get caught up on sleep ( with absolutely no success ) and do my homework for college, and do the little things I do that I find fun. I managed to watch Knight Rider on Sunday and I have to say I liked it. I loved it as a kid back in the 80’s, and I’m hoping it’s a successful series again, as it was quite entertaining, and as long as they add a little more action from the new “Mike”, I think it will be. Nice car either way. David Hasselhoff made a very small appearance at the end, and he wasn’t even rolling around on the floor drunk. If you don’t know why I say that, Search for him on YouTube. Anyways, I’ve got to blog the tech blog, so I guess thats it for tonight. The pups are doing great, and another one has a home, so there are justl 4 more that need to be sold.  Cyas for now

Yessirreeee…  6 lbs this week.. how I pullled it off I don’t know, but somehow amidst the chaos I guess I didn’t eat a whole lot… I’ll take what I can get… in any case, I’m only  a few poiunds from my weight watchers low. Now that I’m going regularly again, I have no doubt I’ll be there in a week or 2. And.. the “prescrption” came in from my doctor setting my goal weight only a mere 80 lbs from where I am now, better than the 110 I thought I had to lose.  So here we go.

Not much new, the puppies are fine, I need to get some more pictures up of them, but for now, anyone who wants to see them will have to settle for the webcam, as I haven’t found the time to get new pics of them lately. Thats it for now, got some studying to do…ciao for now.